The area of Sossusvlei is widely known for its huge "star dunes" created by the winds that blow from different directions. Here the sand rich in iron oxide shows bright orange colours with variable tones during the daylight hours. 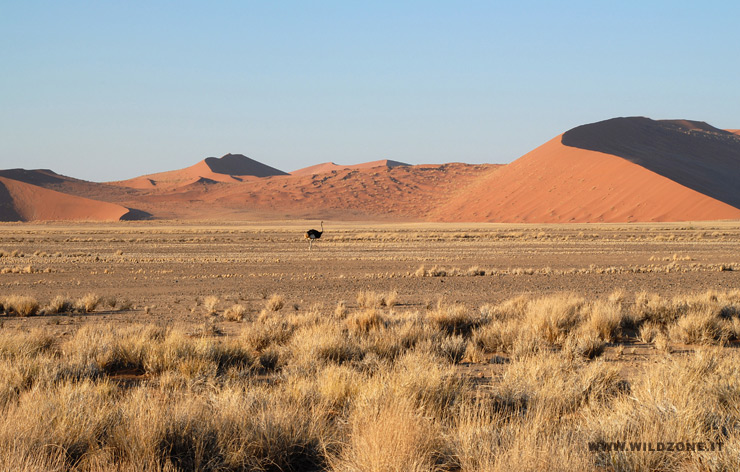 Ostrich on the plain of the Tsauchab river near Sossusvlei. 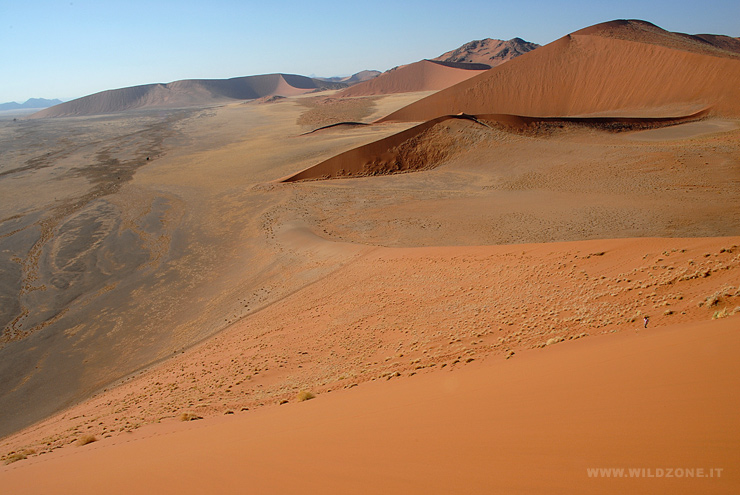 Desert view from the top of the dune 45 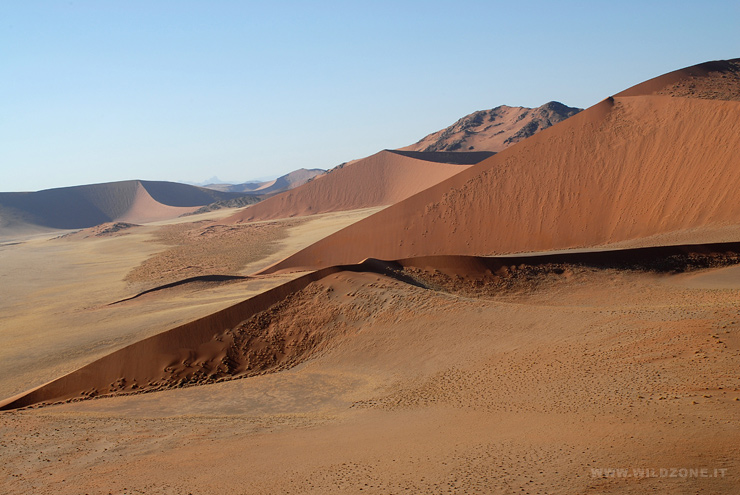 Geometric outline of the Namib dunes 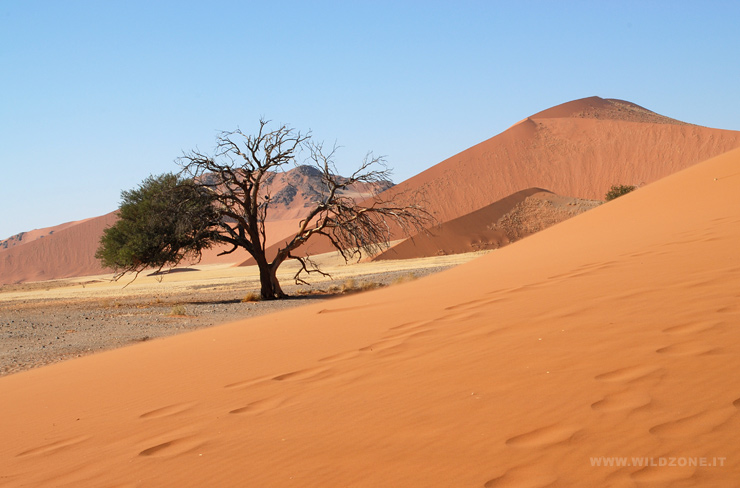 Vanishing tree at the base of dune 45 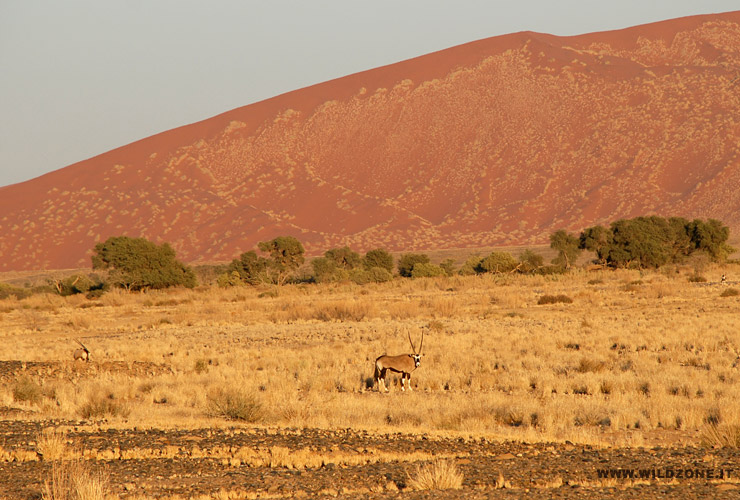 The outline of a dune in the morning light 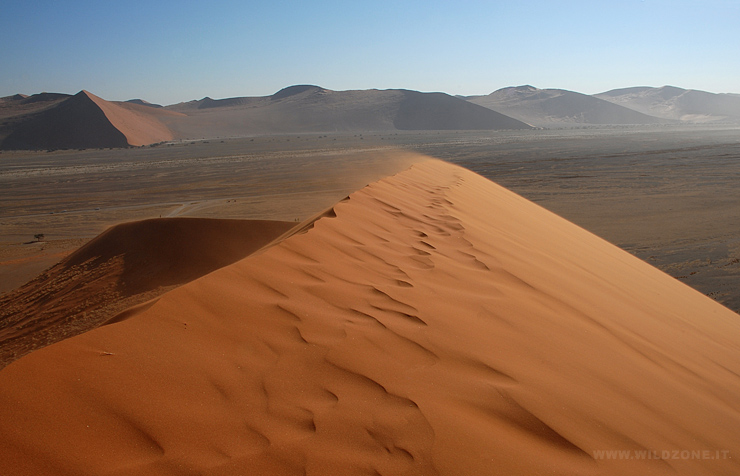 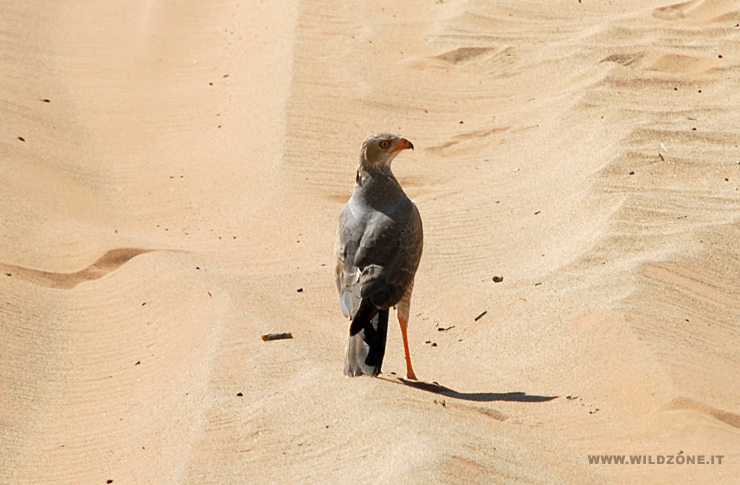 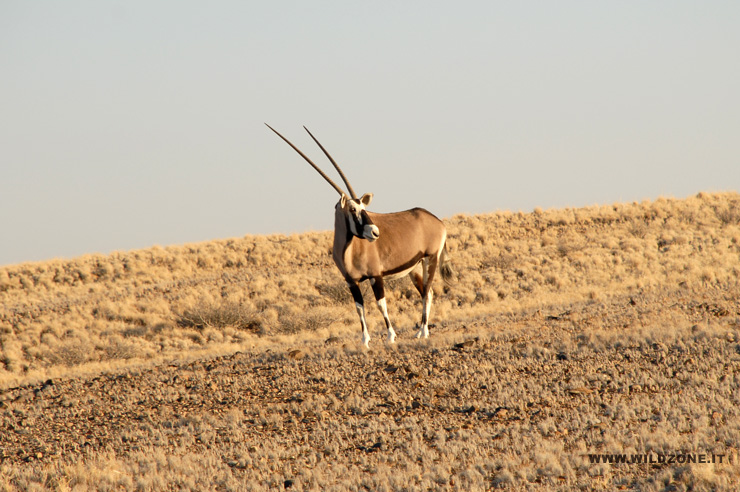 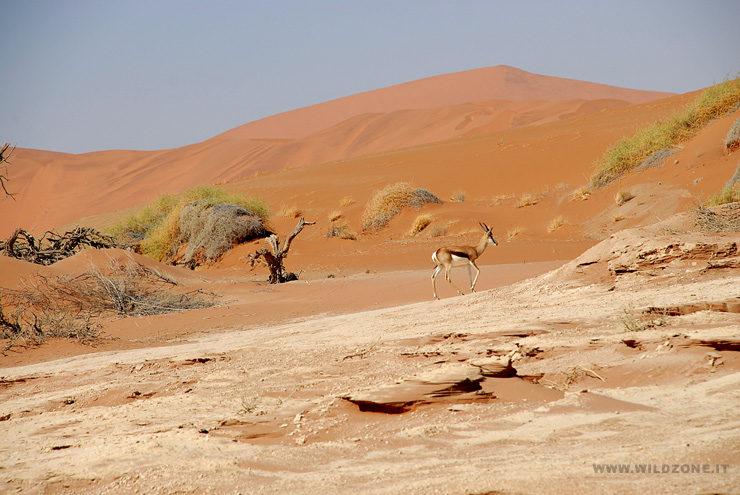 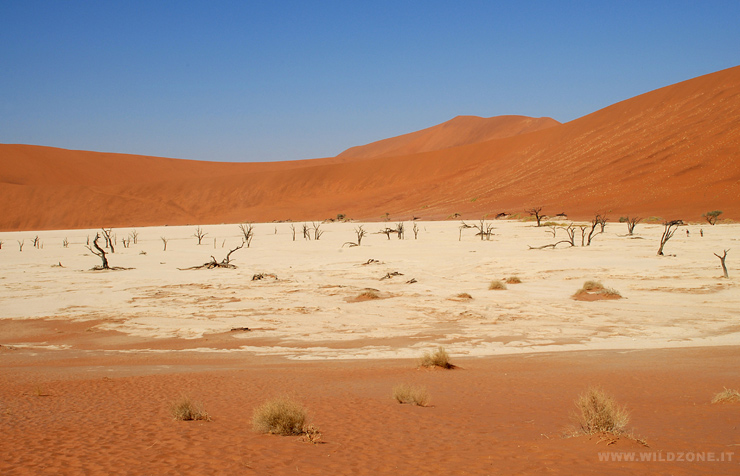 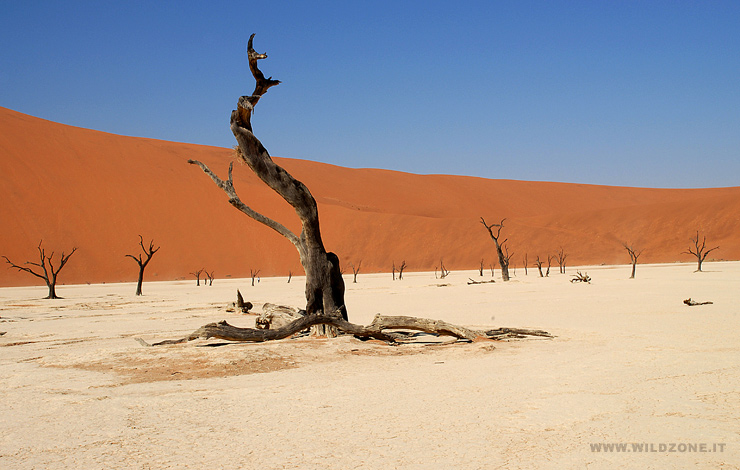 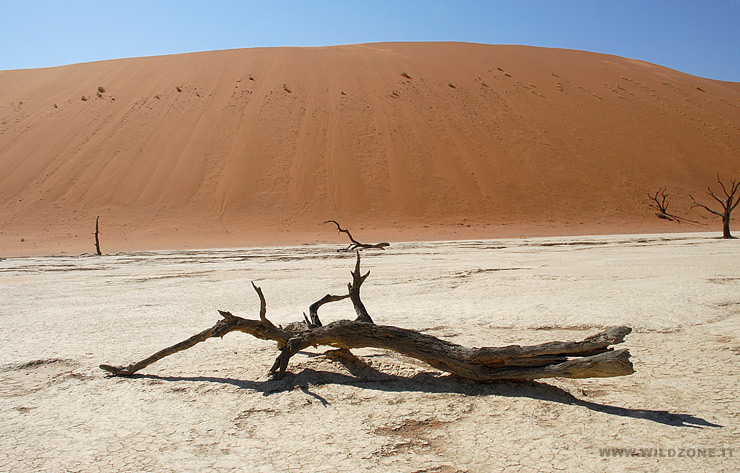 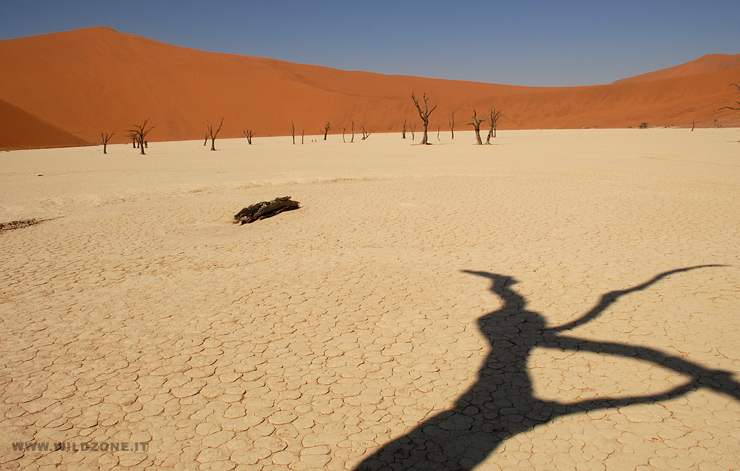 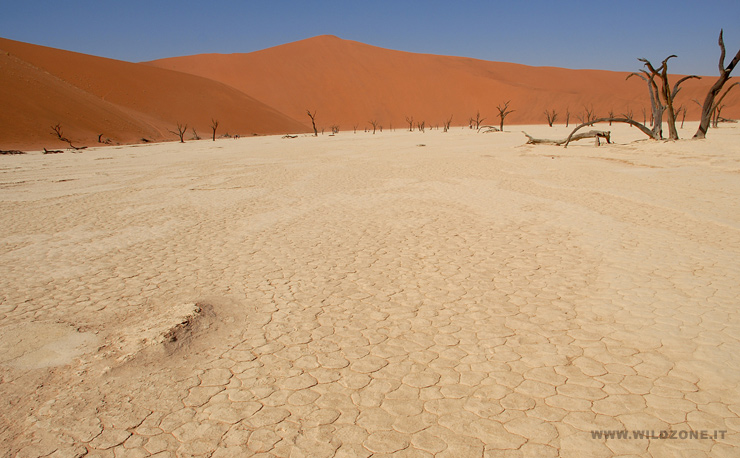 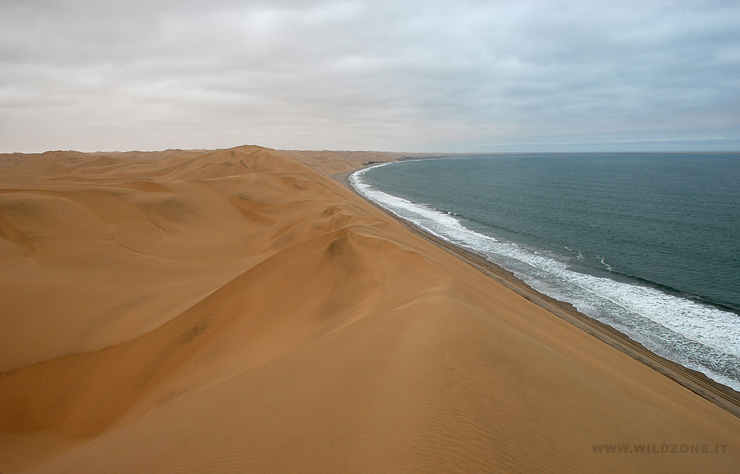 Flowing from the Antarctic region, the cold stream of Benguela prevents the rainstorms along the entire Namibian coast and the adjacent regions of South Africa and Angola. The Namib desert includes two major blocks of sand dunes, the largest of which in the south is commonly referred to as “sand dune sea”, extending inland as far as 150 Km. In this arid environment, fresh waters emerging from the background created the lagoon of Sandwich harbour, an oasis on the sea shore frequented by flamingos, herbivores and predators.

The "Sand dune sea" along the Atlantic coast. Sandwich harbour in the distance.

The steep slope of a dune along the Atlantic coast 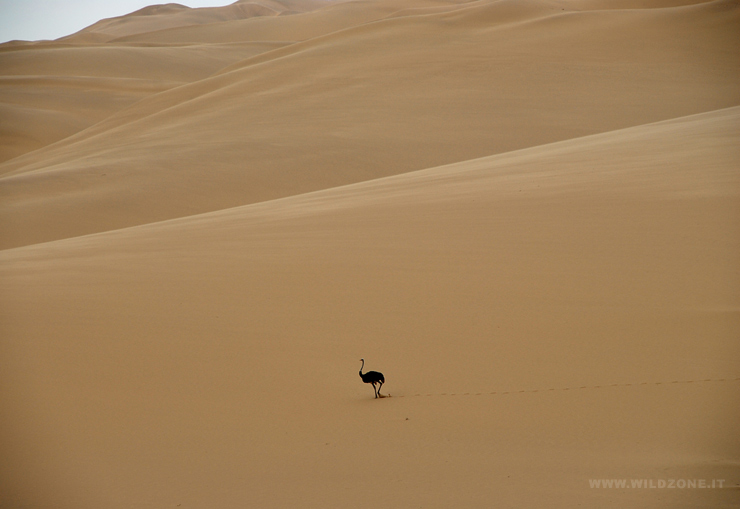 An ostrich on the move across the sand dune sea 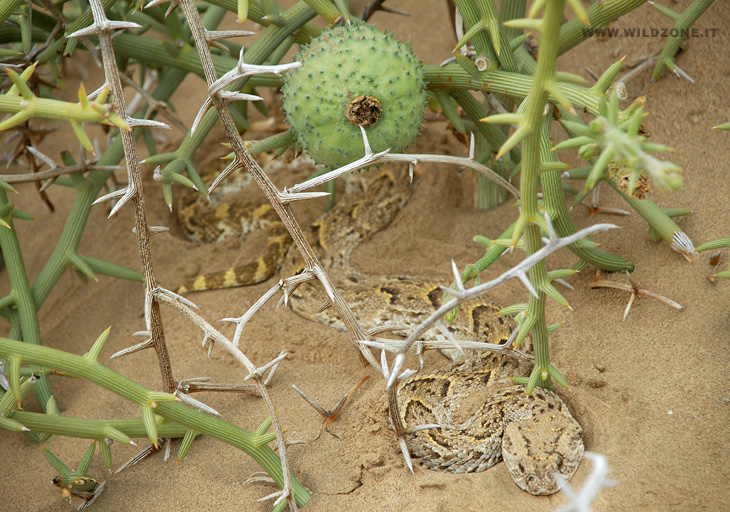 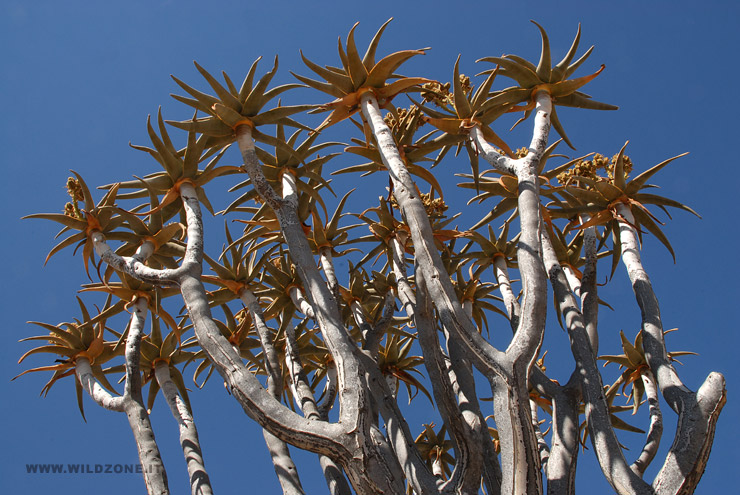